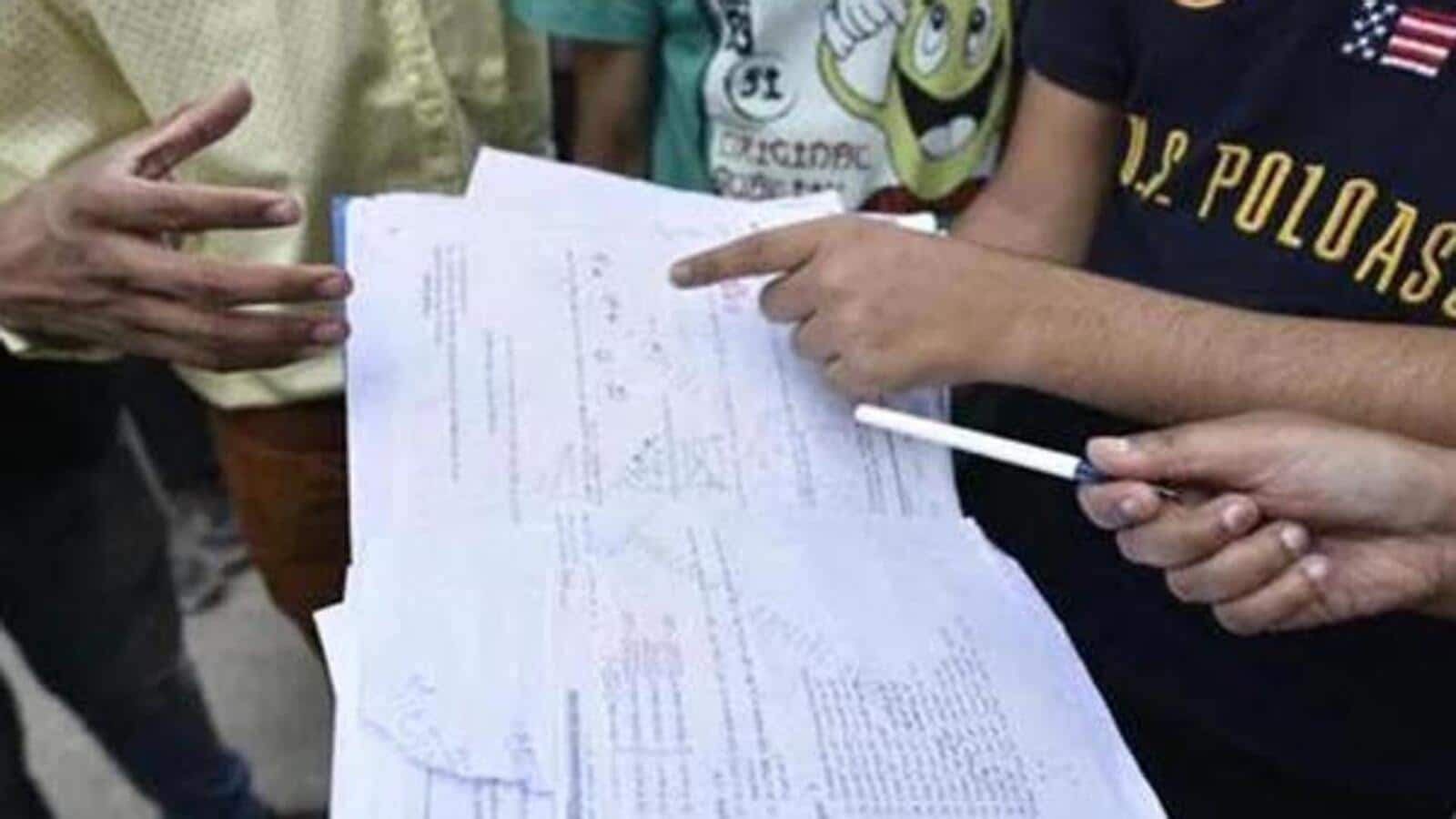 The STF had earlier revealed that of the six defendants arrested, Manoj Joshi (a former UKSSSC Class IV employee), worked with the Lucknow-based Surya Printing Company.

“Our investigative team has revealed a significant connection to the case,” said Ajay Singh, Chief Superintendent of Police (STF).

He added that they had also secured the referral of two other defendants for further questioning for leads.

Meanwhile, the STF on Wednesday arrested another employee, Abhishek Verma, of RMS Techno Solutions India Private Limited (outsourcing company), who was contracted to government recruitment agency UKSSSC for confidential work, a- he declared.

On Sunday, the STF arrested six people, including a computer programmer who was also associated with the UKSSSC through the contracting firm.

The STF also recovered more than ₹37 lakh of their possession which they allegedly took from candidates to whom they leaked matters.

With that, a total of seven people have been arrested in the case so far.

The STF is also trying to determine how many candidates received the leaked questions to reveal the extent of the crime.

“It is very early to tell the exact number of applicants who benefited from the leak,” the STF SSP said.

According to the police, the defendant accused ₹10-12 lakh of the candidates and attracted them from various coaching institutes in different districts through their connections.

During the investigation, a Jayjeet Das, a computer programmer associated with the UKSSSC since 2015 through the contracting company, was paid ₹60 lakh for paper leakage.

The computer programmer extracted questions under the guise of technical reasons. He then, along with another defendant, engaged candidates in memorizing questions leaked a day before exams at a compound in Ramnagar, a senior police officer said.

Two of the six defendants, Manoj and Gaurav Negi (a private school teacher in Kichha in US Nagar), also took the exam and got 42nd while Gaurav got 53rd, police said .

A case of fraud over the leaking of the UKSSSC university level exam was registered at Raipur Police Station on Friday on the complaint of UKSSSC Under-Secretary Rajan Naithani, the officials said.

The case was registered after an association of unemployed youths submitted a memorandum to Chief Minister Pushkar Singh Dham which ordered Director General of Police Ashok Kumar to take action in the case.

The State Police Chief ordered the registration of the FIR and turned the investigation over to the STF.