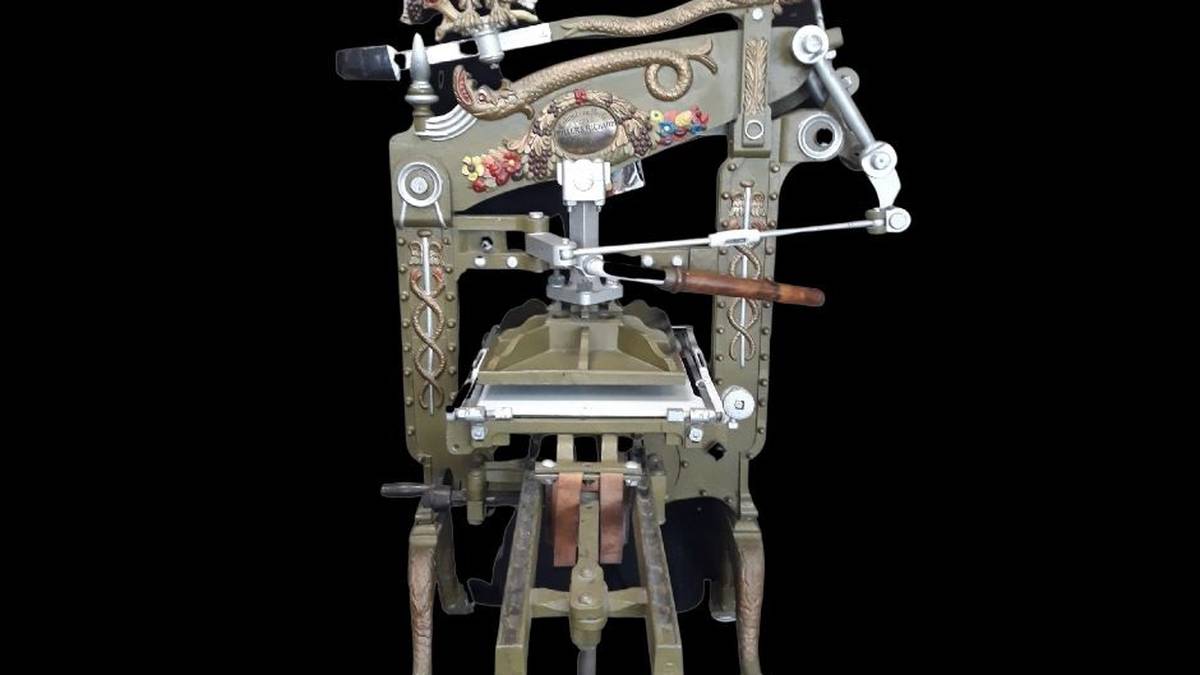 Our treasures: the printing press shows how quickly technology has changed

Our access to news and information from anywhere in the world is unparalleled and arguably one of the most important tools we have as a society.

Before the technology we enjoy today, before the internet, television and even radio, people relied on print media to keep up to date with events and printing presses were the technology that made this possible.

The first printing press allowing the mass production of books was invented by Johannes Gutenberg in 1440, but it is believed that Chinese monks were printing on paper using a much simpler woodblock method 600 years earlier.

At the Whangārei Museum we have a beautiful Colombian printing press which was invented in Philadelphia by George Clymer in 1813.

What makes it so special, aside from its amazingly ornate appearance, is its ability to print an entire page of newspaper with just the press of a lever. Unfortunately for Clymer, the retail price of around $400 per unit at the time (twice the price of a conventional wooden press) meant it was considered too expensive for the American market.

Clymer then made the decision to move to London in 1817 where his Columbian press revolutionized the printing industry and was widely distributed in the UK and Europe for the next hundred years.

To facilitate sales, George Clymer deliberately added elaborate decorations to the Colombian print, some of which also serve a practical function.

An example of this is the eagle on top, which is a counterweight and can be adjusted by sliding along the main counterweight lever.

The eagle, a nod to its American heritage, was interchangeable depending on the country it was destined for. In Germany it was replaced by a Prussian eagle and French versions often used a lion or a globe as the eagle was considered a controversial political symbol after Napoleon.

A secondary counterweight in the back is adorned with a woman holding an anchor symbolizing hope and stability.

Other creatures are included to represent wisdom and knowledge, and the maker’s plate is richly decorated with colorful flowers and fruits.

The printing press we exhibited was the 1,285th manufactured.

It was made in England in 1861 and became an important part of print here in Northland, where it was used by The Advocate until 1968. It was donated to the Whangārei Museum in 2004 where it still sits proudly, reminding us how much technology has changed in a very short time.