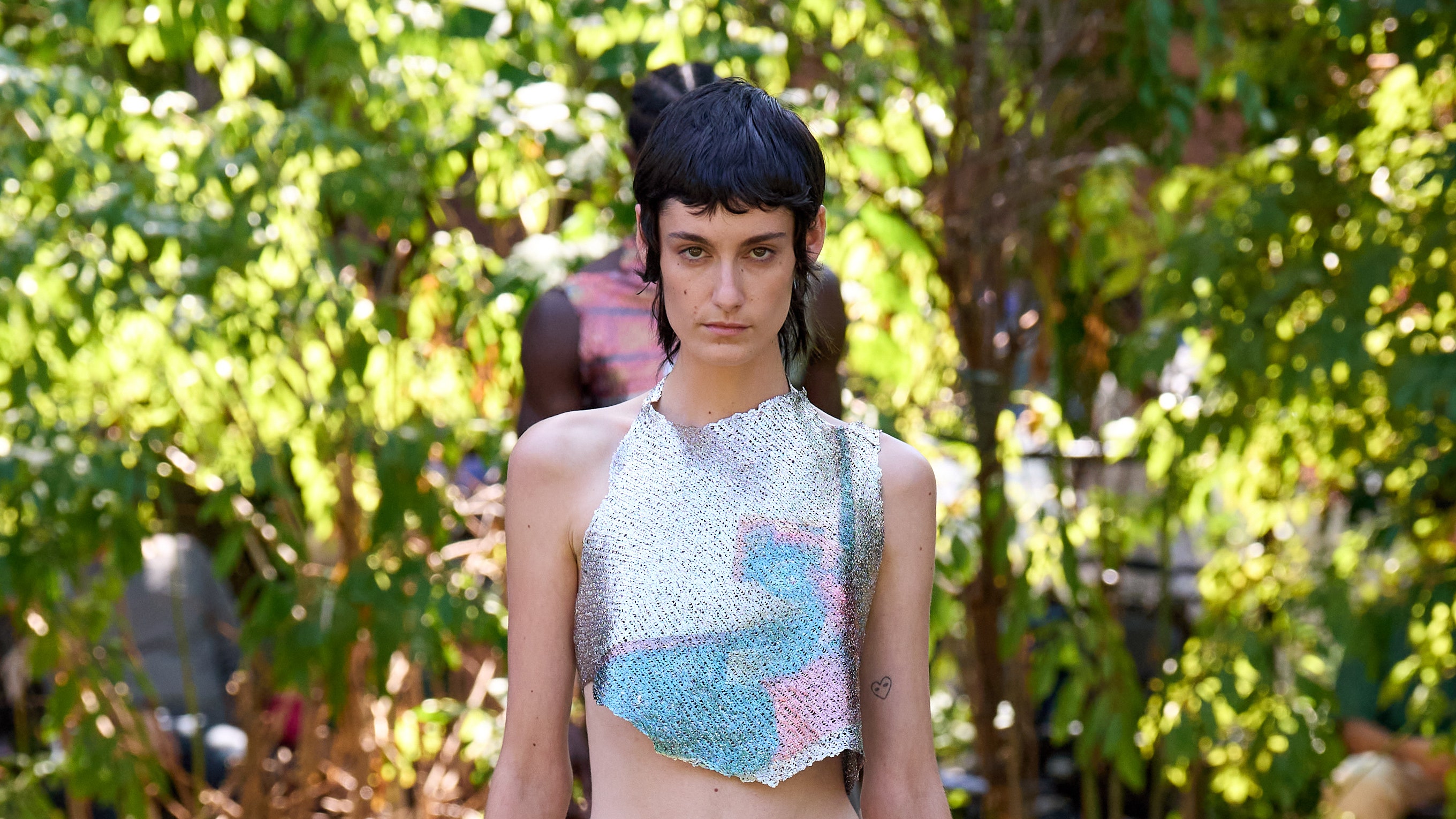 The Eckhaus Latta spring show took place in one of those lush, beautiful gardens that you can’t believe actually exist in the middle of town. The weather wasn’t too hot or too humid, and spirits were high before harpist Mary Lattimore started playing. As the models stepped out in geometric metallic knit tops that glistened in the sun like garlands, their faces shining like doughnuts (turns out it was a tear-off face mask), it was clear that the vibrant vibe felt before the show wasn’t just because of people meeting up after not seeing them for a while, but it was what Mike Eckhaus and Zoe Latta actually wanted everyone to feel.

“I think this season we felt pretty optimistic and we wanted to express that in the clothes,” Eckhaus said backstage after the show. “I feel like there’s been this general feeling of apathy that we, our community, or just our friends feel,” Latta said, immediately picking up the pace. “It’s kind of an attempt to be like, ‘It’s still chaos. The world still feels a little screwed up, but let’s have fun.

There was joy in Hari Nef’s little cream nightie, adorned with beaded embroidered threads that clacked here and there as she walked in the grass. Musician Ethel Cain, wearing an ecru cropped bouclé jacket (and matching wraparound skort) with a ‘fear no pest’ tattoo right in the middle of her sternum, looked cheeky. No wait, actually cheeky was a burgundy bubble polo shirt worn with what appeared to be single leg pants (the show notes called it an object), which exposed exactly half of the model’s buttocks. The silhouettes were slightly oversized and gave the illusion of being crooked; attention has been paid to the back of the garments as much as the front with image placement, interesting pockets and other details. “It’s a feeling of wanting that fullness,” Eckhaus said. “I feel like we’re so used to images now – the front image – but the clothes are 360 ​​and we wanted to have this juxtaposition of what you’re experiencing on the front of the body versus the back, in making it feel more rounded or having different types of energy that come and go.